Hire a Wedding Planner for your wedding Phuket

Hire a Wedding Planner for your wedding Phuket

Tales from a Maid of Honor

There are not many chances that you have to really appreciate weddings and people getting married, my best friend turned into a bridezilla when she was married. My best friend is of Thai descent, and her husband  is an American. She asked me to be her matron of honor and to help with all of the planning and everything that went along with it. So we began by planning a traditional southern wedding, of course with no alcohol about 1 year in advance. We went shopping for gowns. My best friend who is very traditional decided that she did not want just one gown, instead, she decided on 3 gowns, and she brought them all to her house.

When it was time to get ready for the wedding, there were 30 companies that were sampled to make sure that the food could be just right. There were also over 45 different cakes that were prepared to make sure that it was possible to get the best cake. When it was time for the gifts, there were 6 websites that the bride and the groom were a part of and that you were able to buy from. When we got close to the wedding day, I arrived 2 weeks early to be there with my friend and to be her right hand, handling everything and making sure that all was perfect. We had everything set up and ready to go.

Before the night of the wedding, the bride announced that in true Thai fashion that it was going to be necessary to do a 45-minute dance with fans to traditional Thai music for the audience. At that moment, we began learning the steps to what was a fusion of southern dancing as well as Thai dancing and that seemed as though it was never going to end. Since I was the only member of the group that did not speak Thai, I was always about 5 steps behind on the dance, which was painfully visible later on when the video was then uploaded to YouTube, and it was easy to see that I was the one person who could not dance in the procession.

However, getting ready before the ceremony there were 3 makeup artists, two hair artists, and two dance instructors to make sure that we all got it right. I laced the bride up into her first dress change and  helped her down the aisle dragging a 40-foot train. As I stood there in my stilettos, I realized she would have been  much better off if she had hired a wedding planner. 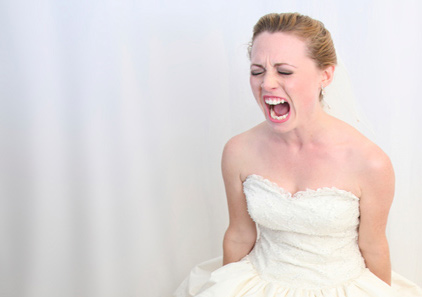 Although I did the best that I could, it was almost impossible to be able to anticipate all of the needs that she had as well as to know what to expect next. When it came to offering the best solutions, a wedding planner could have bridged the gap between the Thai and the American experience. At the end of the day, it was a beautiful wedding.