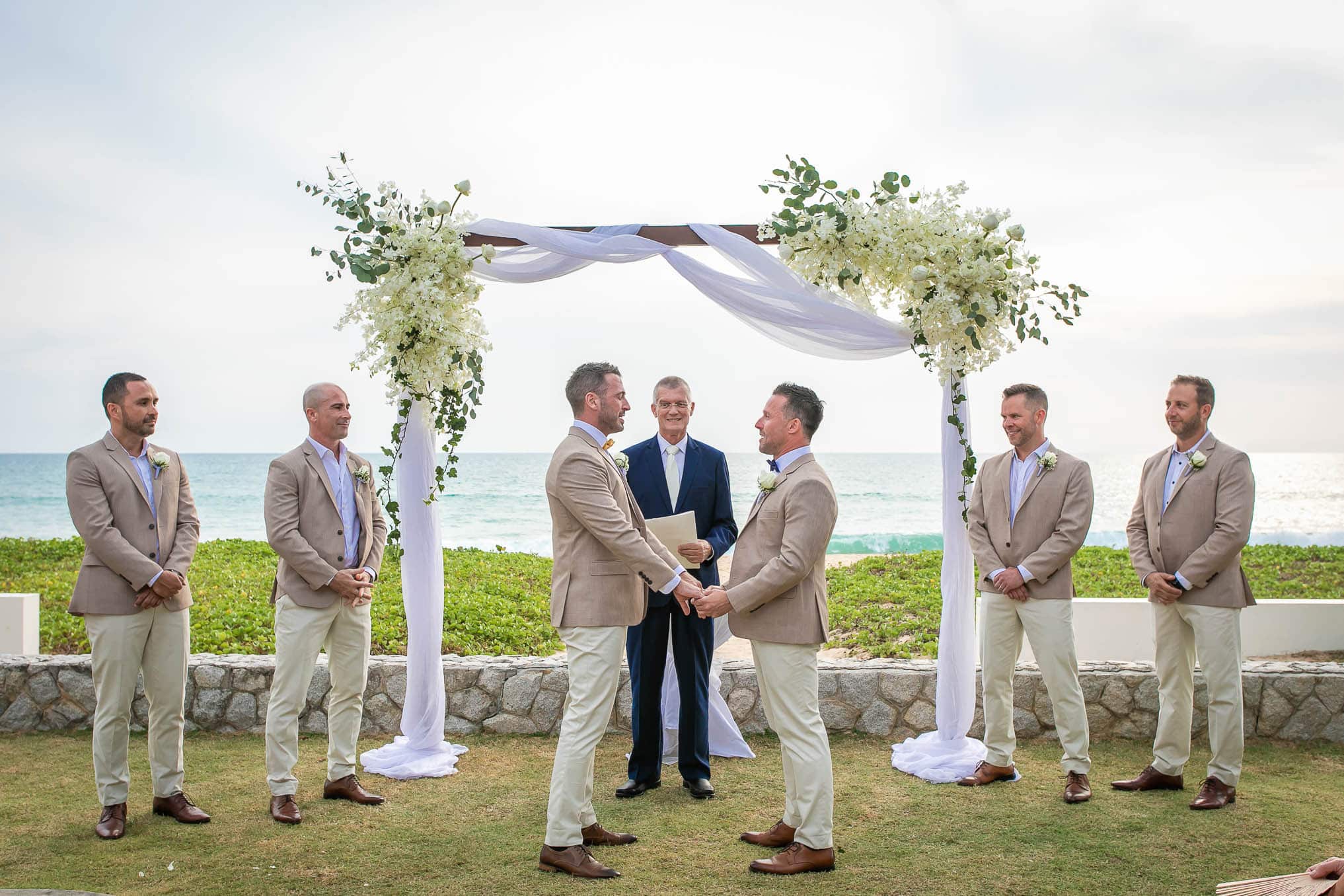 Thailand’s international profile also got a major lift when the cabinet approved a civil partnership bill that would recognize same-sex unions with almost the same legal rights as other married couples. Pending parliamentary approval, Thailand would become only the second country in Asia after Taiwan to allow registration of same-sex unions.

While it doesn’t go as far as endorsing same-sex marriage, the Civil Partnership Bill allows same-sex couples — at least one party must be a Thai national — to legally register their union, a significant move in what remains a largely conservative nation. They would also be able to adopt children, claim inheritance rights and jointly manage assets such as property.

However, Thailand has yet to legalize gender change, so the bill would only permit same-sex unions among cisgender couples.

Under the Gender Equality Act passed in 2015, discrimination on the basis of sexual orientation and gender identity is illegal. However, it allows for religious exceptions, as well as exceptions in education and “the public interest”. These significantly weaken the force of an otherwise progressive law.

Last week’s cabinet decision, however, is a significant move. Although Thailand is generally progressive on LGBT issues, barriers to full equality remain, especially outside of Bangkok. And although transgender people are visible in Thai society and gender reassignment surgery is readily available, there is still no path to legal gender recognition, leaving trans people vulnerable.

Some in the LGBT community also have trouble finding jobs outside a handful of fields such as tourism, media and entertainment. Others say they regularly face prejudice and even violence, prompting them to hide their orientation at work.

Globally, anti-discrimination laws are gaining traction, though same-sex marriage is still seen mainly in Western countries. As of last year, 73 countries, including some that retain sodomy laws, had protections against employment discrimination based on gender identity or sexual orientation.

In Southeast Asia, only Vietnam has made a substantial progress toward LGBT rights by decriminalizing same-sex weddings, but it has yet to legally recognize unions of same-sex couples. In Malaysia, Singapore and many other Asian nations, gay sex is a criminal offence. Brunei last year enacted laws calling for death by stoning for gay sex and adultery, but after an international outcry, the sultan noted that capital punishment had not been carried out for decades and the moratorium would continue.

In Singapore, gay rights have been very controversial and the issue was not even acknowledged during the election season. Among a record 11 parties that competed in Friday’s poll, the issue was greeted with almost total silence in the conservative city-state. For some gay Singaporeans, casting their vote — voting is compulsory — served as a reminder that they have few political allies on one of the issues that matters most to them.

In late March, Singapore’s high court upheld a rarely used law that criminalizes sex between men, dismissing three appeals that argued it was unconstitutional. The ruling followed challenges to the colonial-era law by activists emboldened after India’s decision to scrap similar legislation in 2018.

In Japan, a government survey in mid-June found that just over 10% of local companies have policies aimed at protecting the rights of sexual minorities. More than 30% of respondent companies said they had no plan to rectify situations that leave LGBT people marginalized.

In China, demands to make gay marriage legal have not been met, even though it was among the top suggestions made by the public last year when lawmakers sought opinions on the country’s first civil code.

But changing attitudes is the key. Pushing same-sex marriage in a country that is not ready for it doesn’t sound sensible to me. The move in Thailand, even if some in the LGBT community believe it does not go far enough, is an important step.

Given the greater awareness of social diversity in Thai society, maybe the time is right to gradually build a consensus on the right to marry without discrimination. In the end, we would have a more inclusive society for all.

Phuket Wedding Planners – Bespoke Experiences is a one-stop agency for luxury destination weddings, creative marriage proposals and memorable events based in the biggest Island of amazing Thailand – Phuket. As a wedding planner with tailor made services we always provide creative ideas and budget friendly wedding services for the most special day – the best destination wedding in Phuket. Phuket Wedding Planners Bespoke Experiences loves attention to detail and offer a new approach to quality wedding planning and execution on the island. Our passionate and professional team treats every wedding as a special experience. We are not a follower of copy & paste actions. This is why our style is bespoke and outstanding.